Rainbows! The rainbow, a phenomenon often seen when sun breaks through the clouds after rain, has long been seen as an important sign. It has long served as a symbol of hope and peace, historically holding a special and powerful meaning across many cultures and religions. More recently, a rainbow flag has been adopted by the LGBTQ movements as a symbol of lesbian, gay, bisexual, transgender and queer pride. In 1978 the artist Gilbert Baker devised the first design and the traditional ‘gay pride flag’ variant still consists of six stripes; red, orange, yellow, green, blue, and violet. The rainbow flag is also broadly used as a symbol of social equality, individuality and inclusivity. In recent weeks, when everyone’s lives have been turned upside down with the global coronavirus pandemic, rainbows have appeared in windows and on walls across the world. Childishly hand-drawn on paper, painted large as murals or ingeniously re-invented as floral displays, cakes and clothing; the rainbow in our current times serves as an emblem of hope and gratitude.

Joe Cool have long been fans of this great symbol and at any point over the past 40 odd years of our existence you could always find a rainbow in one form or another within our wholesale range. At it most simple level it is a joyous combination of colour which never fails to uplift. Our 2020 collection has a generous choice of rainbows in numerous form. Socks feature rainbow ankle tops, block colour stripes, rainbow stripes on black and cute rainbow flower motifs. They come as sheers with vertical stripes and ankle, also sometimes called ‘trainer’ socks, in a choice of three colour-way options.

New this season is a wonderful rainbow stripe scarf which really captures the spirit of the times. Whether used as an outward show of solidarity, hope, symbol of pride or simply as facial covering, we hope these rainbows will endure in the difficult months and years ahead. For more design oriented upbeat offerings in a similar vein, bold square print and circles in powerful colours can also be found in the Arthouse collection.

This site uses Akismet to reduce spam. Learn how your comment data is processed. 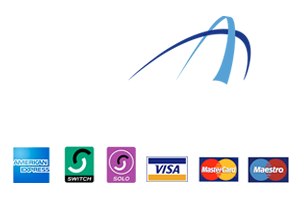 We hope you are managing to find some positives in this most difficult of times. Joe Cool continues to operate a reduced service. Whilst most of us are on furlough one member of staff is on call and we are able to dispatch any orders we receive within a couple of days. Dismiss